BW on HANA vs. BW4/HANA: What’s the Difference?

SAP BW on HANA provides dramatic ROI with real-time reporting and accelerated analytics, without requiring companies to commit to a complete system transformation. BW/4HANA provides a range of additional benefits on top of those performance improvements.

SAP BW was first released in 1998 as Business Warehouse Information System (BIW). At the time, reporting on transactional data was a challenge, due to hardware limits. You could use production to run your business or your fiscal closing, but not both at the same time — at least, not without major performance degradation.

SAP BIW (later shortened to BW) was an elegant solution. At night, it would extract data, transform it into an optimal format, then load it into a separate BW landscape where it could be analyzed. BW has gone through many iterations since then, but the use case has remained the same. For big data, it made sense to have a separate system optimized for analysis.

That started to change in 2011 with the release of SAP HANA (SAP’s in-memory database platform). Up until that point, databases ran on disks, which limited performance. While computers have made tremendous gains in power, hard drives remain slow. When a business warehouse is analyzing gigabytes or terrabytes of data, the speed of the hard drive becomes a limiting factor — that’s why traditional BW reporting takes so long.

SAP designed HANA to operate entirely in memory, and introduced other design innovations to dramatically improve performance and reporting. In many cases, reports that took days can now run in under an hour from your production landscape, using up to date data — all without degrading performance.

BW on HANA and BW/4HANA are two steps along the way to a new paradigm that SAP is still developing. Both provide major performance benefits, and BW/4HANA provides additional advantages through an application stack designed specifically to take advantage of HANA’s new capabilities.

What Are the Benefits of BW on HANA?

BW on HANA provides quick ROI through performance. Reports that used to take days to run, now take hours, dramatically speeding up a range of reporting and analytical tasks. This performance boost not only accelerates the tasks you already perform in BW, it also lets you do things you couldn’t do before. You can query current data Instead of relying on reports from months ago. This allows you to react much more quickly to changing business conditions and make smarter decisions. You can also react in a more granular way, for example by dynamically tweaking your supply chain to eliminate bottlenecks before they have a significant impact.

What Are the Benefits of SAP BW/4HANA?

SAP BW/4HANA provides a number of advantages over BW on HANA in functional capabilities, IT strategy, agility and productivity. Some of the key benefits of BW/4HANA center around integration. B/4HANA couples with SAP Data Hub, SAP Analytics Cloud and other data analytics solutions, allowing you to use your data more effectively across a wide range of business and hosting scenarios.

Equally importantly, deploying or upgrading to SAP BW/4HANA lets you adopt new features as they’re released. As SAP continues to modernize their application stack to more fully harness HANA’s capabilities, this can provide substantial benefits across a wide range of industries and use cases.

Is SAP Going to End BW?

The short answer is yes — eventually. SAP is working to expand the functionality of their ERP solution, S/4HANA, to accommodate users of BW, CRM and other applications in a unified technology stack. Hardware has outgrown the need for data warehousing, and the software will follow.

However, at the moment SAP BW on HANA and BW/4HANA still serve different use cases than S/4HANA. As Juergen Butsmann, Head of EMEA Business Development for SAP S/4HANA points out, S/4 has subsumed certain tasks traditionally performed by BW, such as real-time operational reporting. However, for data across the entire business or from multiple sources, BW is still the right tool:

“As an Enterprise Data Warehouse (EDW), SAP BW/4HANA consolidates data across the entire enterprise using a standardized but fully extensible data model, to support decision making. By defining common semantics, all data values get harmonized and the result is a ‘single version of truth’.

To provide this, a single, comprehensive source of current and historical information needs to be established which implicates a redundant (aggregated and harmonized) persistence of data.”

Do I Have to Move to Suite on HANA to Migrate BW?

You don’t have to move ECC and BW at the same time. Many conservative and risk averse companies are reluctant to migrate a production landscape they’ve built over years to a new database. Migrating first to BW on HANA gives them experience with HANA, along with the ROI to justify future upgrades to Suite on HANA or S/4HANA.

That being said, upgrading to Suite on HANA along with BW on HANA has significant advantages. Not only will you be able to accelerate your timetable for HANA adoption and provide better performance to your business — it will also minimize disruption and control costs by combining multiple upgrades into a single project.

Should I Migrate Directly to BW/4HANA?

At present, most existing SAP BW users start by moving to BW on HANA. This minimizes project scope, disruption and organizational impact. You’ll be essentially using the same application stack, but with a major performance boost. This lets you try out new tools, and gain some experience to plan your future SAP transformation.

Additionally, if you’re migrating to the cloud, you’ll be well positioned to move to BW/4HANA in the future. You can just spinoff an instance of your BW landscape in the cloud, convert to BW/4HANA and perform all the necessary testing and development, then rollover to the new system when it’s ready.

What Are the Obstacles to Moving BW to HANA?

One of the biggest problems with planning a migration is uncertainty. Custom code is less of a problem in BW than it is in Suite, but there are other issues that can complicate migration. Enterprise data warehouses can develop elaborate, inefficient logic over time that your team may need to untangle. And you may not learn how complex (or expensive!) the process will be until your functional partner digs in.

Gaining an understanding of the impact of an SAP migration or conversion on your existing system has also been a pain point. Identifying and remediating all system prerequisites has traditionally required months of effort by the SI.

Resolving uncertainty is one of the reasons we developed Protera FlexBridge. Protera FlexBridge is a migration automation services platform that simplifies and accelerates migrations from end to end, starting with a complete, automated assessment of your current landscape. You’ll know what changes need to be made before the project starts, so you can budget more accurately and avoid delays and cost overruns.

Protera FlexBridge also simplifies and accelerates the conversion process significantly. It provides a dashboard of all open items that have been identified, and correlates possible fixes as identified by the tool and SAP and allows you to track and rerun the checks on demand

Whichever migration option you chose, the more information you have going in, the better. Use our free Protera FlexBridge Migration Assessment Report, to start planning your journey to HANA or to the next generation ERP and Warehouse solutions from SAP.

About the Author: Binoy James

With over 25 years of experience in SAP ecosystem, Binoy James is the Vice President of Application Delivery at Protera Technologies. In his current role, Binoy manages a global team that provides SAP managed and professional services for the over 100 SAP customers for Protera. Binoy comes to us from CenturyLink where he was the Product Owner for the SAP Portfolio, and prior to that was involved in Delivery leadership at both CIBER and SAP. 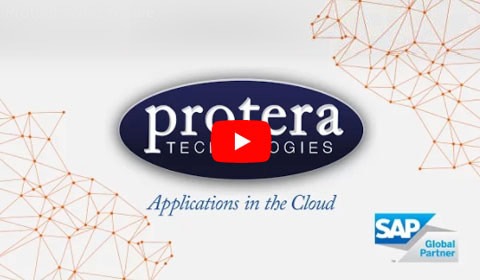